Portugal’s highest mountain Torre is located in the northeastern part of the country near the Spanish border. Torre is very unique because it can “boast” of the heaviest traffic on any European highest point. Portuguese builders dishonored the mountain by building a roundabout on the actual highest point. It is a bit disappointing to get there since there are even ruins around. However, there is so much to explore around so I was very glad to visit Portuguese mountains. Follow my steps through Portugal.

My trip to Portugal started in Madrid because all other flights from Malta were insanely expensive. My plan was to take a train to Guarda, a city at the foothills of the Serra de Estrela mountains but the only daily train was unfortunately fully booked. I found out that this train is very popular by Eurail/Interrail travelers so it was fully booked for the whole following week. 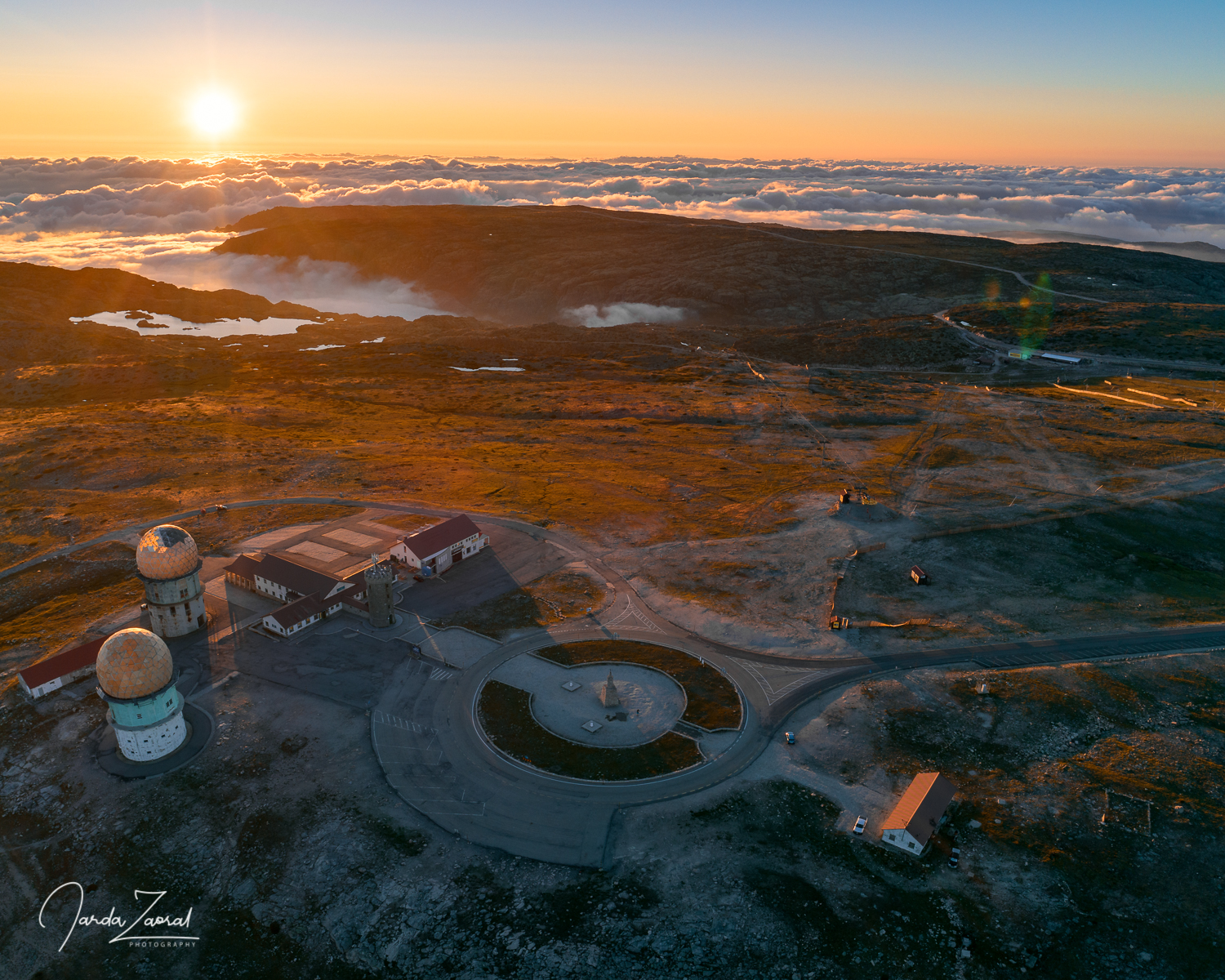 The roundabout on Torre

I had to find a different solution then and I found a good alternative. I took a train to the city Salamanca which was closest to the Portuguese border and I rented a car there to continue. After I reached the city Guarda by car, I took a small dinner – a great piglet. I also bought a bottle of port wine for the evening and set out for the trip to the highest mountain Torre.

Torre boasts of a roundabout

I got to the top just before sunset. The climb was not demanding at all because, as I mentioned, there is a road to the top with even a roundabout on the actual peak. I was lucky. The view was beautiful, because I was above the clouds. It’s good that this great weather diverted my attention. Otherwise, the Portuguese mountain is quite tasteless. At the very top, besides the aforementioned roundabout, the Portuguese also built two large satellites, which no one cares about these days. It feels more like a post-war territory. The only thing that seemed to be functional was the local ski lift heading to the top. Obviously there must be a lot of snow in winter. In the middle of August, there were still several snow spots on the slope. 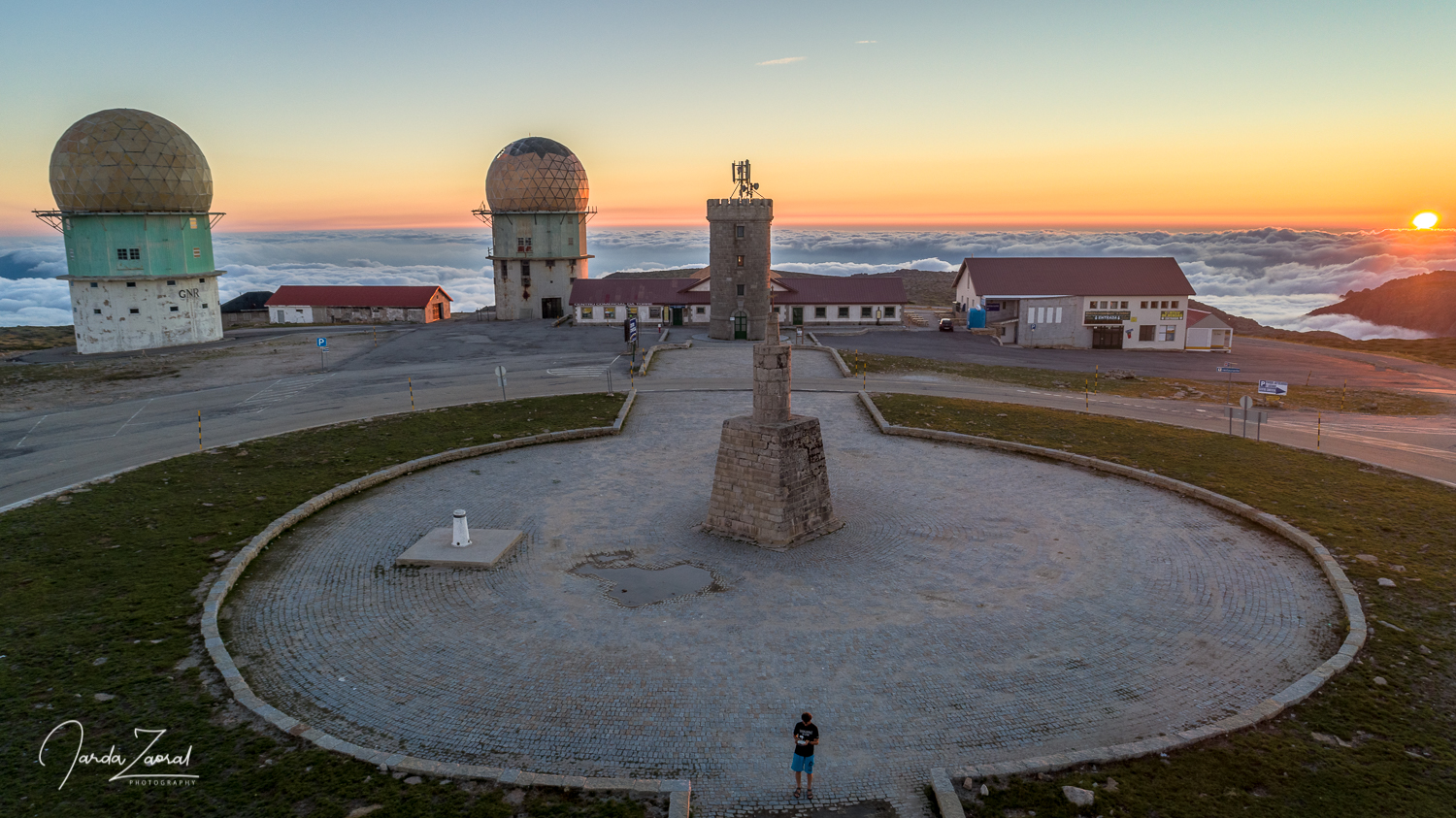 Sunset above the clouds on Torre

The not so charming Portuguese highest peak did not kill my mood. I had a bottle of port wine made just 100 kilometers away in the famous Douro Valley. I found the best spot to watch the epic sunset above clouds, opened the bottle and enjoyed the view. Thanks to modern technology I could also Skype with my girlfriend for a while and share my sunset experience. Unfortunately, the bottle of the excellent port wine was not bottomless so it was soon time to settle down in the back seat of my rented car and sleep. 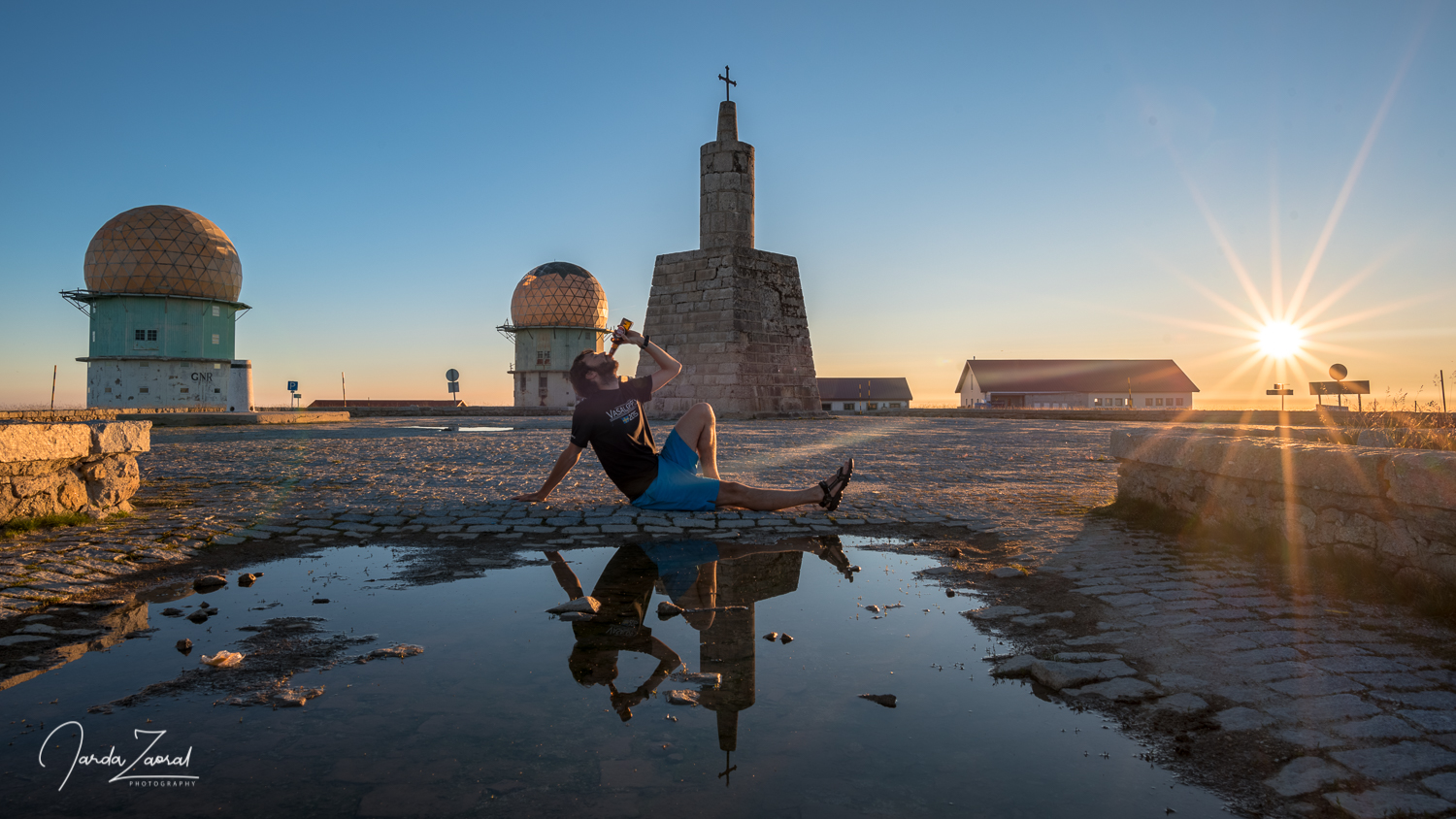 In the morning, I woke up a bit broken and bitten by mosquitoes, which apparently enjoy the local wet climate. It was definitely a mistake to leave a window in the car half-open. Luckily, another nice sunrise woke me up and made me to explore the mountain area. 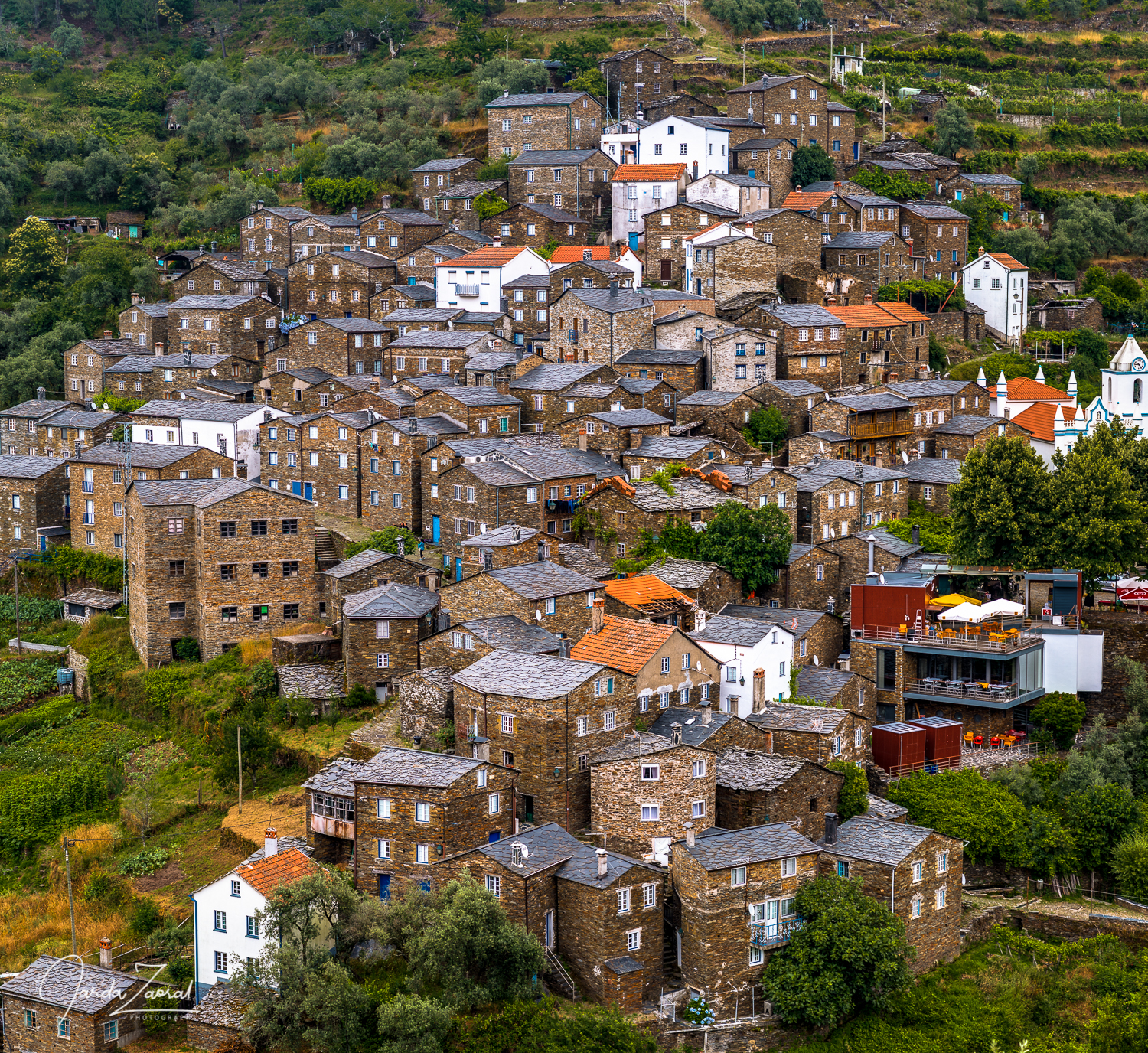 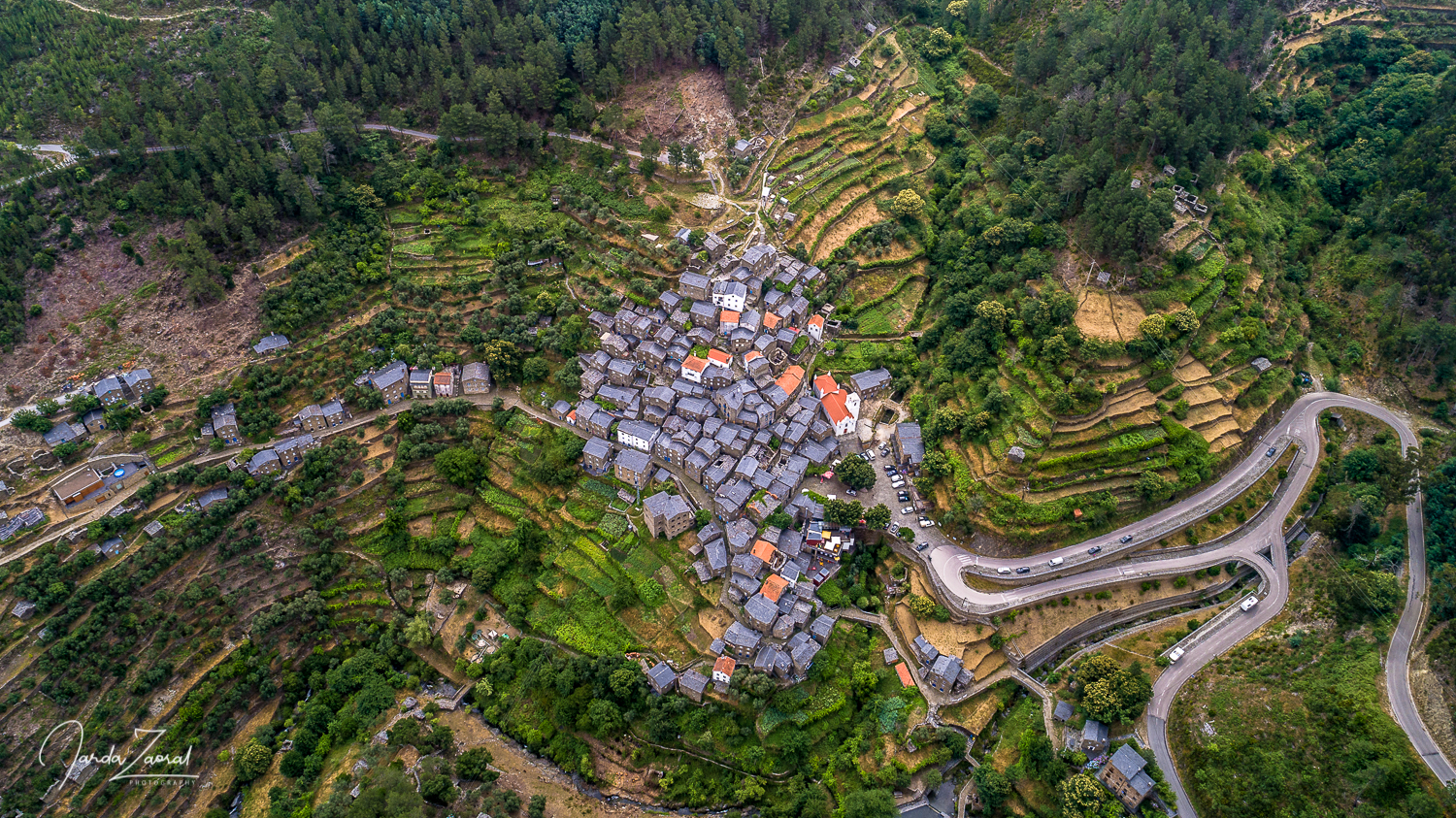 Since I only had half a day, I set out on my way. The plan was to visit the lost villages in the mountains which I had read about several times before and which had really impressed me. I stopped subsequently in the villages of Loriga, Alvoco da Serra and Piodao. All of them were amazing. I felt like I was in Vietnam. The villages were surrounded by terraced fields with various crops and high mountains. Moreover, tourists have not discovered this area yet so it felt really peaceful. Most of all, I liked the village of Piodao where a flock of sheep assisted me when taking pictures. I definitely have to get back here and spend more time. 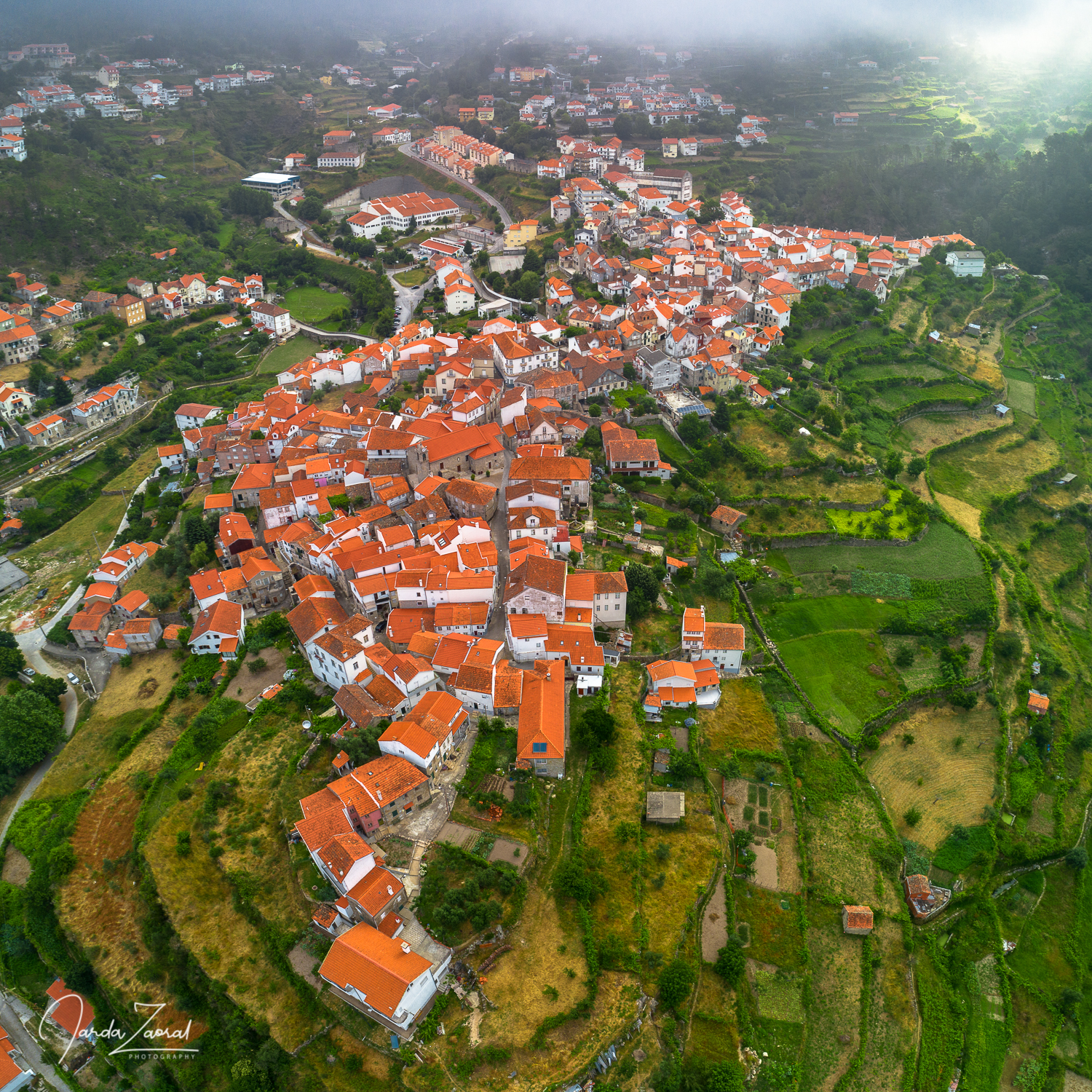 Another hidden gem of Portugal – the village Loriga

I had to return the car soon in Spain again, but there was one more hidden gem which I could not miss. Just 100 km to the north, there is the river Duoro which is famous for growing grapes used in the production of port wine. I found one smaller Quevedo port wine factory with great references.

When I arrived, I found that I didn’t choose the best time to visit. All the winemakers were having lunch. However, they were very accommodating and quickly came to serve me. In a second, I got 10 kinds of their port wine to taste. I tasted white, red and pink in several age categories. I learned the difference between Ruby and Tawny (Ruby is stored in larger barrels with no air access – the color and flavor doesn’t change much; Tawny is allowed to ripen in smaller barrels; both color and taste change over time) and I strongly regret that I visited this wine bar by car. I had to spit out all the wines after tasting. One of the saddest moments of my expedition. Next time I will spend more time in Portugal!

My tips for the mountain Torre: